Founded in 1981, POGO originally worked to expose outrageously overpriced military spending on items such as a $7,600 coffee maker and a $435 hammer. In 1990, after many successes reforming military spending, including a Pentagon spending freeze at the height of the Cold War, POGO decided to expand its mandate and investigate waste, fraud, and abuse throughout the federal government.
Throughout its history, POGO’s work has been applauded by Members of Congress from both sides of the aisle, federal workers and whistleblowers, other nonprofits, and the media.  Ref:  pogo.org
Select document to enlarge 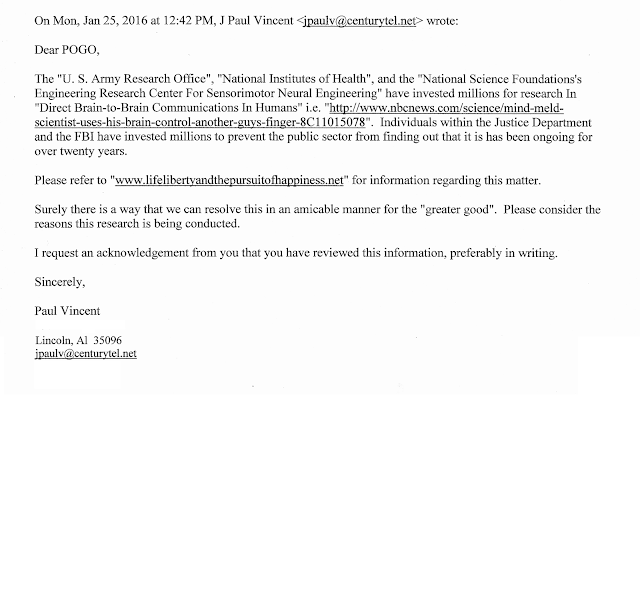 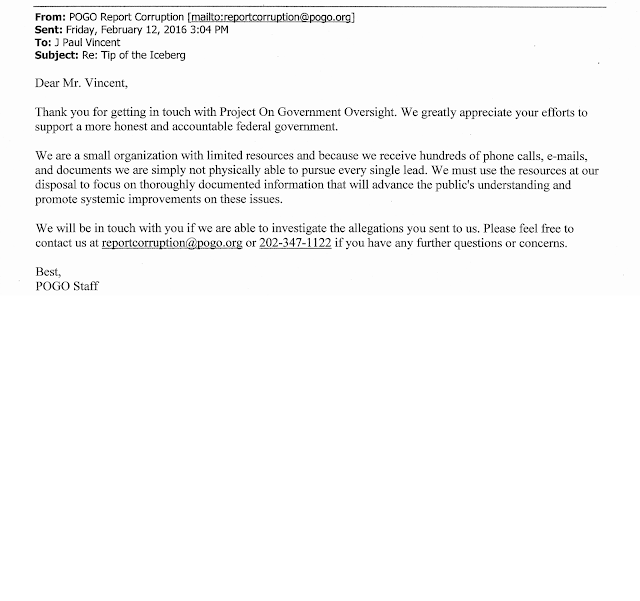 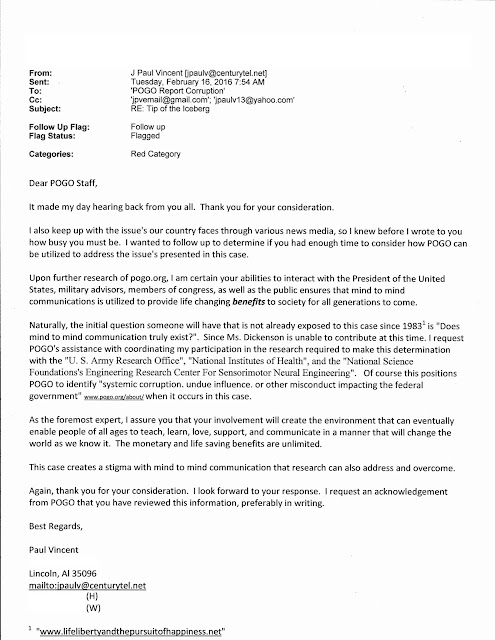 Posted by J Paul Vincent at 10:54 AM No comments:
Email ThisBlogThis!Share to TwitterShare to FacebookShare to Pinterest
Newer Posts Older Posts Home
Subscribe to: Posts (Atom)

Congress shall make no law respecting an establishment of religion, or prohibiting the free exercise thereof; or abridging the freedom of speech, or of the press; or the right of the people peaceably to assemble, and to petition the Government for a redress of grievances.

J Paul Vincent
Central figure in one of the longest cases in FBI history. Unquestionable law abiding citizen under FBI surveillance since 1994 to prevent me from pursuing legal action against a number of parties previously associated with/employed by my former employer Energen Corporation. Recognized as a telepath by the FBI since 1995 - approximately.