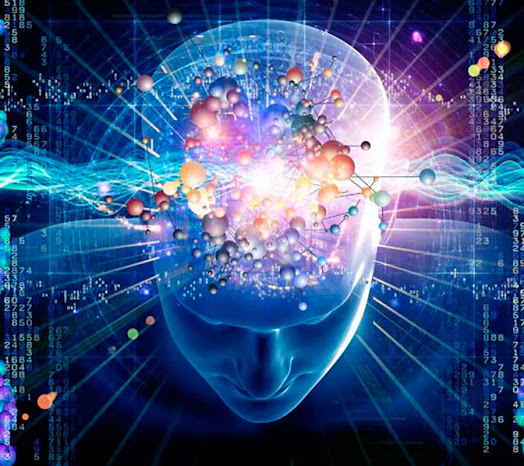 Picture credit:  Cognitive Neuroscience
Posted by J Paul Vincent at 10:30 AM No comments:
Email ThisBlogThis!Share to TwitterShare to FacebookShare to Pinterest

Posted by J Paul Vincent at 8:41 PM No comments:
Email ThisBlogThis!Share to TwitterShare to FacebookShare to Pinterest

Note To Reader:  The Hoover, Alabama Police Department was also notified by phone of the TIP on January 14th.  I was told it had been received by Officer Hale. Since I did not receive a delivery and read receipt for the following email, I spoke with Officer Hale over the phone on January 18th.  He said he had been out of town, and was catching up.  He acknowledged he received the January 14th TIP to me and told me he would send an officer to the hotel and check on Miss Rexford.  I requested he and the Hoover Police Department refer to the link to this site (included in the TIP) for additional details.  I also requested he file a complaint with the FBI regarding my comment on Anne, the current FBI agent in charge of this case.  I reported to him that Anne, an older lady with pretty blue eyes, is not to be trusted.  The FBI is not allowing anyone to see Miss Rexford outside the FBI and she remains under FBI control.  I am convinced the Hoover Police Department are being deceived and/or extorted by the FBI under guidance of  William Mike Warren, jr.  PLEASE REFER TO: “Deprivation of rights under color of law” 18 U.S.C. § 242
Request public assistance for the safety and security of Miss Laura Williamson Rexford -https://www.facebook.com/laura.w.rexford?fref=ts.
As of February 4th, 2023, the status of Miss Rexford remains the same.

I was told you received the January 14th, 2023 TIP regarding the FBI sexual assault of Miss Laura Williamson Rexford https://www.facebook.com/laura.w.rexford?fref=ts located at the Wynfrey Hotel.  It is mandatory for a case number be assigned, a court order issued for Miss Rexford to be spoken to directly, away from FBI influence, to determine her reason(s) for being there and activities while located there. I am certain the FBI lured Miss Rexford under false pretenses.  I remain convinced she is being sexually abused by (new) FBI agents at the Wynfrey Hotel every day under the guidance of Anne, the current FBI agent in charge.
Miss Rexford is a former coworker of mine at Compass Bank and one of many extremely important witnesses in a 28-year ongoing case involving the felony crimes of former CEO and tyrant William Mike Warren, jr., Vestavia Hills, Alabama, and the FBI/DOJ.  Her life is in danger because of her potential testimony.  Other witnesses as well.  Mike Warren is instructing the FBI to sexually abuse Miss Rexford via telephone communications.
For the safety and security of all women and men, a record needs to be kept by Wynfrey Hotel of the names and IDs of all people entering and leaving the hotel.
Also, for enticement, other women are being unlawfully surveilled in the privacy of their home as Miss Rexford was previously.  The FBI is allowing Mike Warren, while in his home, to surveil at least one other woman using FBI technology.  Since shortly after her initial contact by the FBI, this woman has expressed her desire to marry me. To gaslight/brainwash this woman, she is being forced to talk to Mike Warren under threat of being kidnapped/arrested by the FBI if she refuses their demands.  Mike Warren, aware of this woman’s intentions to marry me, is now claiming he is going to marry her, a well-known celebrity who is aware of these ongoing events, while threatening to kill her if she refuses.  Mike Warren is currently married to Anne Warren.
I bring to your attention:
“AL §13A-3-23 Use of force in defense of a person.”
“(a) A person is justified in using physical force upon another person inorder to defend himself or herself or a third person from what he or
she reasonably believes to be the use or imminent use of unlawful
physical force by that other person, and he or she may use a degree of
force which he or she reasonably believes to be necessary for the
purpose. A person may use deadly physical force, and is legally
presumed to be justified in using deadly physical force in self-defense
or the defense of another person pursuant to subdivision (5), if the
person reasonably believes that another person is:
(1) Using or about to use unlawful deadly physical force.”
I demand to be held legally accountable for all statements herein.

Further details may be found at:  https://www.lifelibertyandthepursuitofhappiness.net/.

All of these witnesses are entitled to retribution for the pain and suffering received in this case.

I request all news sources be notified for historical purposes – subject to public scrutiny.
Sincerely, 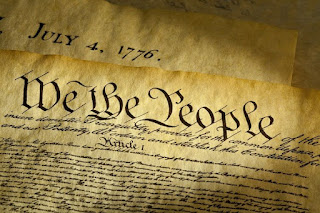 We hold these truths to be self-evident, that all men are created equal, that they are endowed by their Creator with certain unalienable Rights, that among these are Life, Liberty and the pursuit of Happiness.--That to secure these rights, Governments are instituted among Men, deriving their just powers from the consent of the governed, --That whenever any Form of Government becomes destructive of these ends, it is the Right of the People to alter or to abolish it, and to institute new Government, laying its foundation on such principles and organizing its powers in such form, as to them shall seem most likely to effect their Safety and Happiness. Prudence, indeed, will dictate that Governments long established should not be changed for light and transient causes; and accordingly all experience hath shewn, that mankind are more disposed to suffer, while evils are sufferable, than to right themselves by abolishing the forms to which they are accustomed. But when a long train of abuses and usurpations, pursuing invariably the same Object evinces a design to reduce them under absolute Despotism, it is their right, it is their duty, to throw off such Government, and to provide new Guards for their future security. ~ Declaration of Independence

Posted by J Paul Vincent at 2:35 PM No comments:
Email ThisBlogThis!Share to TwitterShare to FacebookShare to Pinterest

(1) Subjects another person to sexual contact by forcible compulsion.”

At this current time, you will find her on the top floor at The Wynfrey Hotel Birmingham/Hoover under FBI control.  Anne is the current FBI agent in charge of a case involving Miss Rexford, whom is a witness in another case referenced below.  Kelly Leigh Dickenson, a former coworker of mine and another witness/perpetrator involved in this case, is also currently located there.

It is mandatory that Miss Rexford be removed from the current environment she is in and be placed under protective services/crime victim’s assistance services.  Kelly Leigh Dickenson also.  Both are being brainwashed into cooperating with the FBI under threat of death.  Naturally, this will be denied by the FBI.  Miss Rexford and Kelly Leigh Dickenson may also wish to file a complaint against me regarding a telepathic connection we have with each other.

The FBI is being orchestrated by a former CEO of mine William Mike Warren, jr.  Mike Warren’s wife, Anne, should be questioned about any knowledge she has of his involvement in this case also.

Mike Warren and the FBI have indicated to me that they will extort your office if you do not cooperate with them.

I request a written response to these allegations for public record.

My immediate concern is the safety and security of Miss Laura Williamson Rexford.  There may be other past, present, and future victims as well.

Further details about this case are found at:   https://www.lifelibertyandthepursuitofhappiness.net/

Please be advised of the following case:

Your services are required in the following case:

Please be advised of the following case occurring at Hyatt Regency Birmingham - The Wynfrey Hotel:

Posted by J Paul Vincent at 10:28 AM No comments:
Email ThisBlogThis!Share to TwitterShare to FacebookShare to Pinterest

I bring to your attention a matter of urgent importance.  I read your profile at https://vhal.org/government/city-leadership-2/ and learned of your experience with the FBI.  I have over 27 years of experience dealing with the FBI as well.

It is time for our nation to decide whether it wants to be on the side of tyranny and crime, or liberty and justice for all.

I request you read https://www.lifelibertyandthepursuitofhappiness.net/ to understand why not only my life is in danger as a result of the actions of Mike Warren and the FBI/DOJ, but Laura Williamson Rexford’s, a former resident in Birmingham, Al, and other witnesses as well.

As a member of your community, please bring this email to the attention of William Mike Warren, Jr., former CEO of Children’s of Alabama.  The FBI/DOJ also.

I believe it is every citizen’s responsibility to play a role in ensuring ‘equal protection of the law’, and raise awareness of tyrants like Mike Warren and those who support him - elected officials held accountable accordingly.

Posted by J Paul Vincent at 1:00 PM No comments:
Email ThisBlogThis!Share to TwitterShare to FacebookShare to Pinterest 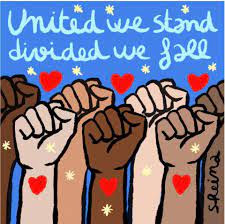 Posted by J Paul Vincent at 12:00 PM No comments:
Email ThisBlogThis!Share to TwitterShare to FacebookShare to Pinterest

NOTE TO READER:  Please be advised this section is currently under construction, subject to change, and will be updated as time allows until completion.  Although this letter has not been addressed officially, it is being posted due to existing death threats, intimidation tactics, oppressive acts, and injury imposed by the FBI/DOJ, William Mike Warren Jr., and Kelly Leigh Dickenson.
Posted by J Paul Vincent at 11:31 AM No comments:
Email ThisBlogThis!Share to TwitterShare to FacebookShare to Pinterest
Older Posts Home
Subscribe to: Posts (Atom)

Congress shall make no law respecting an establishment of religion, or prohibiting the free exercise thereof; or abridging the freedom of speech, or of the press; or the right of the people peaceably to assemble, and to petition the Government for a redress of grievances.

J Paul Vincent
Central figure in one of the longest cases in FBI history. Unquestionable law abiding citizen under FBI surveillance since 1994 to prevent me from pursuing legal action against a number of parties previously associated with/employed by my former employer Energen Corporation. Recognized as a telepath by the FBI since 1995 - approximately.